May 30, 2012 greg no comments yet Uncategorized 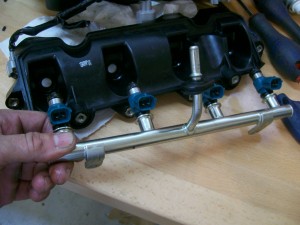 Do not make the mistake of mixing upper fuel injectors from the 2006-07 R6, with upper fuel injectors from a 2008 or newer R6. The injectors look exactly the same . The 2006 and 2007 Yamaha R6 looks the same as the 2008 to 2012 R6. It would take a rider or mechanic, who is very familiar with these machines, to notice the difference. However, there was a significant change that gave the 2008-12 much more mid-range power. The variable height velocity stacks. The velocity stacks consist of a fixed stack, then the variable stack that are mechanically raised and lowered depending on the engine rpm. At lower rpm’s, the top stacks are lowered on top of the bottom fixed stack to make one tall set of v-stacks. This aids mid-range power. At higher rpm’s, the v-stacks are raised to allow the air into the throttle bodies faster. This gave the 2008 and newer R6, nearly 10 horsepower over the 2006-07 model R6 in the mid-range. It is REAL power you can feel on the track.

Anyone needing spare parts from a crash could mistakenly buy the wrong air box that contains the upper fuel injectors in the cover. Hopefully this post will help prevent that from happening to someone. Remember to send us your fuel injectors for service. 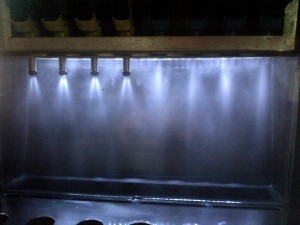